Eddy is a special guy that needed some extra special care..  Eddy was found  on the side of the road after being hit by a car. It was immediately obvious he was going to need our help. Both of his front legs were broken just above the wrist, leaving his paws just dangling. He needed surgery and fast. Luckily we have a contact with an orthopedic surgeon who when sent the x-rays said she could perform his procedure the next day. We didn’t know if Eddy had owners but he needed to be fixed and as soon as possible. The next morning he went in to have his operations and they were a success.

His right leg had a compound fracture that left an inch of exposed bone. The surgeon was able to pin the legs back together but it was unknown whether he would ever be able to use them again. He had severe ligament damage and walked almost flat on his wrist. The surgeon placed external fixators on his legs. After several operations, the surgeon had fallen in love with Eddy and ended up adopting him herself.  Today he is a happy and walking pooch. 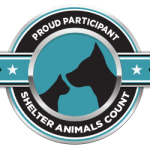